Hey, Aren’t You That Guy? From That Thing?

The spotlight does not last for long for everyone, especially Hollywood actors. Some get on the cusp of superstardom and never fully make it there, while others can disappear completely. However, some actors do not even get that chance as they simply never become that famous for one reason or another and don’t become household names. Let’s take a look at three actors who probably should be more famous than they are:

Cary Elwes has some impressive credits to his name. He was the lead in the Rob Reiner classic The Princess Bride, he’s Robin Hood in the always funny Robin Hood: Men in Tights (man, I miss Dave Chappelle) and he’s the guy who cuts his own foot off to escape in the original Saw movie. To go along with those Elwes has had supporting roles in Liar Liar, Twister, Days of Thunder, Glory and Francis Ford Coppola’s take on Dracula. So the question is:

Family Guy actually beat me to this, but it is something I’ve always wondered for years. Princess Bride and Men in Tights are both movies that the general public loves; they are both highly re-watchable and are still shown on TV all the time. The original Saw is also one of the best horror movies I have ever seen, and that is not an understatement. Honestly though, Jim Carrey’s character in Liar Liar might have said it best: “he’s kind of, Magoo”. There’s nothing that really excites a viewer about Cary Elwes, especially his name. Is it pronounced “elves” like Christmas or “El-Wis”? I still don’t know. The fact is that Elwes is (was) the perfect star for a movie with a strong ensemble cast, as in his three big hits, a solid supporting actor and not much else. Key example: he’s the lead in The Crush (also known as Alicia Silverstone’s first movie) without much in terms of a supporting cast and the film BOMBED. I’m talking 13 million total domestic gross bomb. Yuck.

He is commonly referred to as “the black guy from 40-Year-Old Virgin”. But Romany Malco (his actual name) has worked consistently for years. Malco was a supporting character in the hit shows Weeds, and had starring roles in the absolutely terrible Love Guru, and the surprise hit Think Like A Man.

He falls into a category I made up called “Everyone else from this hit movie is famous now but me”. Just think about every other main actor in The 40-Year-Old Virgin. When the movie came out in 2005 even Steve Carrel was not necessarily a big name. But besides that, you have an almost unrecognizable Seth Rogen, Paul Rudd, Jane Lynch, Elizabeth Banks, and even a pretty funny cameo from a young and at his fattest Jonah Hill. All those actors have much bigger careers and are more generally known than Romany. Hell, even Mindy Kaling and Kevin Hart with their one scene each are both more famous. Out of all those characters in the film he’s just as funny in my opinion, but he simply just never got the roles or the exposure that the others did, and thus he is not as famous.

I always forget his name, but when I mention him to anyone all I have to say is Champ Kind or Todd Packer and they know exactly who I am talking about. Koechner’s career is surprisingly impressive other than Anchorman and The Office. He has had at least solid roles in Talladega Nights, the underrated (maybe I just think that?) Let’s Go to Prison, Waiting and Paul, all of which are at least reasonably successful films.

Similar to Malco, he too has found himself filed in the category of “Everyone else from this hit movie is famous now but me” after Anchorman. Will Ferrell was already a known commodity with Elf and Old School under his belt already. Steve Carrell was still just that guy from Bruce Almighty. And hey wait, isn’t that the guy who hooks up with his stepsister at the end of Clueless? Yes, that’s Paul Rudd under that long hair and mustache combo, an actor who had two separate breakouts: First in the aforementioned Clueless (he’s actually the most successful of all the young actors in that movie) and then again with Anchorman, 40 Year Old Virgin and Knocked Up in a four year span. Even in small supporting roles you have Chris Parnell before he was Dr. Spaceman on 30 Rock, a young Seth Rogen with two or three lines, Fred Armisen pre-Portlandia, and even Danny Trejo before everyone knew him as Machete. All of those names are more recognizable than David Koechner even though he had a much bigger role in the film. Tough luck, maybe Anchorman 2 will finally get Koechner to household name status, but for now he’ll have to stick with dying in Snakes on a Plane and Final Destination 17 or whatever.

Netflix has too many options 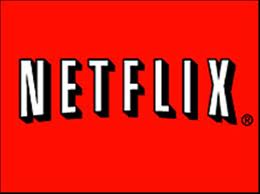 Talk about a first world problem. Netfilx has been a powerhouse in the Video On Demand world for some time, as they have forever changed the way we watch movies and television. I mean think about it, in the near future (if it hasn’t happened already) kids will not even know what “Blockbuster Video” is. Instead, thanks to Netflix there is an endless amount of entertainment at our fingertips for just $7.99 a month. However, Netflix growth has also come with a major issue: there are simply too many options on it.

Let me give you a scenario I constantly fall into with Netflix nowadays:

You’re hanging out with some of your friends; you decide to watch something on Netflix, and the dialogue goes something like this.

Okay, awesome we have so much to pick from. Why don’t we watch something from the Instant Queue? Nah, we can watch those anytime, lets check the New Releases! I don’t know if I want to commit to a full movie, lets watch a TV show. How about a documentary? This one looks good, how about this? I don’t know doesn’t really interest me, let’s watch something funny.

Suddenly you realize it’s been twenty minutes and you’re no closer to finding something to watch then you were when you sat down. It is maddening. This can happen when you’re alone too, particularly when going to bed. You are probably going to pass out as soon as you put something on anyway, but still there is the urge to pick something that you really want to watch. There are all of these options, but there’s very few that really jump out and say “watch me!” It’s a problem of excess; too many choices are being thrown in our faces at once and quality options are sometimes overlooked in the abyss of Netflix titles.

The Netflix collection grows bigger everyday, as this issue is not going anywhere. Competitor HBOGo might not have the depth in movies that Netflix has, but their concise selection is generally higher quality with titles being added and subtracted a few times a month. Netflix changed the way society watches movies, but might need some changes of its own, if it wants to continue to be top dog in the expansive Video On Demand environment.